The centerpiece of the Olympic Green is China's new National Stadium, nicknamed the "Bird's Nest" for its curving exterior of twiglike interlocking steel beams. The innovative design was crafted by Swiss firm Herzog & de Meuron, in collaboration with Chinese architects. The stadium will host the main track and field competitions and men’s soccer, as well as the opening and closing ceremonies.

Also known as the "Water Cube," the National Aquatics Center is another architectural standout on the Olympic Green. The translucent exterior “bubbles” allow sunlight to filter in and sounds of splashing water to travel out. The Water Cube will host swimming, diving and synchronized swimming events, as well as the water polo finals.

The National Indoor Stadium is another landmark structure on the Olympic Green, and features a design inspired by the traditional Chinese folding fan. This stadium will be the competition venue for the Olympic artistic gymnastics, trampoline and handball competitions and some of the Paralympic wheelchair basketball competitions.

The construction site of the Peking University Gymnasium was shifted east in order to preserve six 100-year-old trees and a royal garden built during the Qing Dynasty.  This venue, the site for Olympic table tennis events, has a roof constructed to resemble a table tennis ball.

The Beijing Olympic Green Tennis Court was constructed with 12 sets of stands that extend outward to resemble the petals of a lotus flower. This venue is located on the Olympic Green and will host all tennis competitions.

Volleyball will be played at two existing venues in central Beijing, the Capital Indoor Stadium and the Beijing Institute of Technology Gymnasium (pictured here). Reminiscent of a stingray, the gymnasium features a dramatic wavelike roofline.

Eleven of the 37 competition venues were built specifically for the Games, all incorporating the Beijing Olympics’ key concepts: “Green Olympics, High-tech Olympics and People’s Olympics.” To reflect these ideas, the Beijing Olympic Basketball Gymnasium features China's first LED display system, a rainwater recycling system and an exterior of aluminum alloy boards that helps save energy in summer and winter.

Also known as the “Flying Saucer," the circular form of the Velodrome imitates the wheel of a racing bike to reflect the Olympic cycling events it will host.

Located in the Olympic Sports Center complex in Beijing, the Ying Tung Natatorium is one of the 11 existing venues that were renovated for the Games. It will host water polo competitions and the swimming leg of the modern pentathlon event. 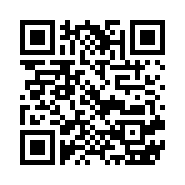