Our world is full of wonders great and small, ancient and contemporary, natural and man-made. They fill us with awe through the sheer scale, radiant beauty, backbreaking effort and amazing inspiration that brought them into creation. Here are 11 marvels of the modern world that exhibit mankind’s industriousness and imagination.

Globe of Science and Innovation: This big ball of wood houses the visitors’ education center for the European Organization for Nuclear Research. Located outside of Geneva, Switzerland, the landmark structure of the organization is about the same size as the dome of St. Peter’s Cathedral in Rome. 300 feet below the surface lies the 17-mile tunnel complex that will become the world’s largest and most powerful particle accelerator — the Large Hadron Collider — which will hum to life later in 2008.

Palm Jumeirah: The first and least audacious of the three Palm Islands in Dubai, UAE, the world's largest man-made islands, the Palm Jumeirah is an iconic development that heralds the future of the emirate as a beachside tourist destination. In the years since construction began in 2001, this island effectively has doubled the length of Dubai’s coastline.

Macau: Gambling has attracted people willing to press their luck to this former Portuguese colony since at least the mid-1800s. Today, what was once a swampy colonial backwater is home to one of the biggest tourism developments ever undertaken. A recent building boom has transformed this Chinese Special Administrative Region into a gambling mecca that surpasses even Las Vegas in annual gaming revenue.

Channel Tunnel: The Chunnel, as the 31.35-mile tunnel under the English Channel is known, opened in 1994, connecting Calais, France, with Folkestone, England. It is the second-longest tunnel in the world (behind Japan’s Seikan railway tunnel), and has the longest underwater section of any tunnel. The Eurotunnel Shuttle (pictured) is a special vehicle transport train that has the largest rail cars in the world.

Grand Canyon Skywalk: The Hualapai tribe of Arizona commissioned this horseshoe-shaped, glass walkway that opened above the Grand Canyon in 2007. The Skywalk juts off the rim of a side canyon 4,000 feet above the Colorado River. Despite the vertigo-inducing views, the glass bridge reportedly is very sturdy — it can support more than 71,000 pounds and can withstand gusts of wind over 100 mph.

Three Gorges Dam: Located in China’s Hubei Province, this largest hydroelectric power station in the world contains a 375-mile-long reservoir within its impressive 7,661-foot concrete bulk. The scale of the controversial project is so huge that it has displaced millions of people, submerged hundreds of cultural sites in the Three Gorges area and precipitated an untold amount of damage on the regional environment. Construction began in 1994, but the dam is not expected to become fully operational until 2011.

Akashi-Kaikyō Bridge: Also known as the Pearl Bridge, this structure spans the strait between the islands of Honshu and Awaji in Japan. Upon its opening in 1998, the Pearl Bridge became the longest suspension bridge in the world, with a center span measuring 6,532 feet in length — making it a full quarter-mile longer than the previous record-holder.

Panama Canal: One of the most difficult engineering endeavors ever attempted, the Panama Canal is a 50.72-mile-long passage between the Atlantic and Pacific oceans that was begun by France in 1880 but completed by the U.S. in 1914. It drastically reduced shipping distances between New York and San Francisco, from 14,000 miles around Cape Horn to 6,000 when passing through the canal. During the American construction phase, 211 million cubic yards of dirt and rock were scraped away over 10 years to finish the canal.

Singapore Flyer: Supporting 28 air-conditioned observation capsules, which sit 28 people apiece, the Flyer began spinning over Singapore in February 2008, offering a bird’s-eye panorama of the city core. It holds the distinction of being the biggest observation wheel in the world, reaching 541 feet high and having a 492-foot diameter.

Crazy Horse Memorial: The world’s largest sculpture is still being carved in the Black Hills of South Dakota using precision explosive devices. Sculptor Korczak Ziolkowski began the monument in 1948, after having worked on Mount Rushmore, as a way to honor the culture and heritage of Native Americans. When the monument is complete, it will be 641 feet wide and 563 feet high. Crazy Horse’s head alone will be 87 feet tall.

International Space Station: Orbiting Earth with a resident crew since November 2000, the International Space Station is accessible only to enterprising tourists who have bank accounts flush enough to afford approximately $25 million for the round-trip ticket offered by Space Adventures. To date, five space tourists have boarded the ISS to experience days of zero gravity orbiting the planet. However, that number is sure to rise in coming decades as private companies develop commercial spacecraft and programs to make the final frontier a viable travel destination. 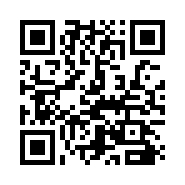