You may have noticed the lines at home-improvement stores getting longer or heard the whirring of buzz saws in your neighborhood. After years of economic recession and housing-market malaise, people are starting to fix up their homes again.

According to an April 15 report from the Joint Center for Housing Studies at Harvard University, annual spending on remodeling is expected to accelerate this year, with nearly 5% growth over 2009. "This year could produce the first annual spending increase for the industry since 2006," the peak of the housing boom, says center director Nicolas P. Retsinas.

But the forces driving today's action couldn't be more different from those during the boom. Back then, people wanted to renovate their places so that they could trade up to bigger homes, or because their home equity was soaring and they wanted to reinvest some of the spoils.

Now, the opposite is happening: Many people who bought during the boom years are accepting the reality that they won't soon be swapping up for a sybaritic spread. Their mortgages may remain above water, but after years of falling home prices, their equity is so low that the transaction costs of buying a new house would leave little for a down payment.

In short, they are stuck.

"People have seen their down payments kind of wiped out," says Harvard economist Jeremy Stein. "They are locked into their house. They can't really move, even if they thought the other house was cheap and a good deal."

So these people are making their homes more comfortable for a longer-than-expected stay. Setting aside old calculations of how much a particular improvement will add to resale value, they are making smaller tweaks that can make a big difference in livability. You might call it "psychological return on investment."

Nowadays, say real-estate agents and contractors, smaller projects like updating kitchens and baths and humble attic-bedroom conversions are more popular, while two-story master suites and $100,000 kitchen blowouts are decidedly out of fashion. Hidden improvements like insulation also are on the rise, as people realize they won't be able to pass on their drafts, leaks and other problems to the next guy. Tax credits that expire in 2010 are enticing people to make energy improvements, too.

The kitchen is still king .

LAS VEGAS -- Americans want smaller houses and they are willing to strip some of yesterday's most popular rooms -- such as home theaters -- from them in order to accommodate changing lifestyles, consumer experts told audiences at the International Builders Show here this week.

"This is a traumatic time in this country and the future isn't something we're 100% sure about now either. What's left? The answer for most home buyers is authenticity," said Heather McCune, director of marketing for Bassenian Lagoni Architects in Park Ridge, Ill.

Buyers today want cost-effective architecture, plans that focus on spaces and not rooms and homes that are designed 'green' from the outset," she said. The key for home builders is "finding the balance between what buyers want and the price point."

For many buyers, their next house will be smaller than their current one, said Carol Lavender, president of the Lavender Design Group in San Antonio, Texas. Large kitchens that are open to the main family living area, old-fashioned bathrooms with clawfoot tubs and small spaces such as wine grottos are design features that will resonate today, she said.

"What we're hearing is 'harvest' as a home theme -- the feeling of Thanksgiving. It's all about family togetherness -- casual living, entertaining and flexible spaces," Lavender said.

Paul Cardis, CEO of AVID Ratings Co., which conducts an annual survey of home-buyer preferences, said there are 10 "must" features in new homes.

1. Large Kitchens, With an Island

"If you're going to spend design dollars, spend them where people want them -- spend them in the kitchen," McCune said. Granite countertops are a must for move-up buyers and buyers of custom homes, but for others "they are on the bubble," Cardis said.

Among the "green" features touted in homes, these are the ones buyers value most, he said. While large windows had been a major draw, energy concerns are giving customers pause on those, he said. The use of recycled or synthetic materials is only borderline desirable.

People would much rather have this space rather than, say, a formal dining room. "People are feeling like they can dine out again and so the dining room has become tradable," Cardis said. And the home theater may also be headed for the scrap heap, a casualty of the "shift from boom to correction," Cardis said.

This is a must feature for empty-nesters and certain other buyers, and appears to be getting more popular in general, he said. That could help explain why demand for upstairs laundries is declining after several years of popularity gains.

The popularity of outdoor spaces continues to grow, even in Canada, Cardis said. And the idea of an outdoor room is even more popular than an outdoor cooking area, meaning people are willing to spend more time outside.

Whirlpools are still desirable for many home buyers, Cardis said, but "they clearly went down a notch," in the latest survey. Oversize showers with seating areas are also moving up in popularity.

A given at all levels; three-car garages, in which the third bay is more often then not used for additional storage and not automobiles, is desirable in the move-up and custom categories, Cardis said.

Copyrighted, MarketWatch. All rights reserved. Republication or redistribution of MarketWatch content is expressly prohibited without the prior written consent of MarketWatch. MarketWatch shall not be liable for any errors or delays in the content, or for any actions taken in reliance thereon.
by Steve Kerch
Thursday, February 4, 2010
from: Yahoo! Finance

One of the largest manufacturers of mobile homes plans to enter the market of environmentally friendly, prefab homes with a model that is seriously affordable.

It looks like a house you'd order from Ikea. It sounds like a house designed by Apple. The I-House just might be the future — well, one future, anyway — of the housing market.

Clayton Homes, based in Maryville, Tenn., is one of America's largest manufacturers of mobile homes and prefabricated housing. So when President Kevin Clayton wanted to go green, he gave his architects a free hand, instructing them to incorporate as many green products as possible and to produce a home that was super energy-efficient — the only constraint was that it had to be something that could be built in existing facilities.

To fill jobs in clean tech and help tomorrow's business leaders solve our environmental problems, schools are ramping up sustainability programs—inside the classroom and out

At one time, business schools "greened" their MBA curriculums in response to a new wave of students for whom sustainability was more than just a catchphrase. It was a core value.

That time, however, has passed. Today, business schools are continuing to ramp up their efforts for green curricula, but for a much different reason. In a world beset by economic woes as well as environmental problems— from the scarcity of natural resources to climate change—sustainability represents one of the few potential bright spots in an otherwise dismal recruiting environment.

"Jobs might be drying up on Wall Street," says Catherine Wolfram, associate professor of business administration at UC-Berkeley's Haas School of Business, "but not in the clean technology sector."

The result: innovations such as the Sustainable Entrepreneurship by Nature course at Babson College where students turn to the natural world to solve vexing business problems, perhaps obtaining inspiration for a windmill design from the shape of a dolphin's fin. Such an assignment would not have appeared in typical MBA syllabi just a few years ago.

Many business school administrators and faculty say that these curriculum changes are a necessity if graduates are going to find jobs in a global economy where business is increasingly expected to solve the world's problems, or at least not make them worse. "You have to use entrepreneurial thinking to solve problems without taking away from the environment," says Candida Brush, professor of entrepreneurship at Babson College. "You have to do it. It's not a choice."

The 2008 StartupNation Home-Based 100 list is now in, and one thing is clear: Starting and running a business from home is more mainstream than ever.

The number of contestants in the Home-Based 100 tripled, numbering in the thousands. Votes in support of those businesses increased tenfold, up to a quarter of a million.

Part of that is because our list is becoming better known, of course. But it's also a sign that what home businesses do is of immense interest to more and more Americans, as the do-it-yourself boom expands.

Indeed, more than half of all U.S. businesses are now run from kitchen tables, extra bedrooms, basements and garages. Home-based businesses make a $530 billion contribution to the nation's economy each year.

And for many Americans, starting up at home has become a necessity. What appeared to be simply another economic downturn a year ago, when we compiled the first Home-Based 100, has devolved into a far more dire situation. Major economic giants, including Lehman Bros. (LEHMQ, news, msgs), American International Group (AIG, news, msgs) and General Motors (GM, news, msgs), have shown their vulnerability. As corporate titans lay people off by the thousands, many Americans are being forced to find new ways to make a living.

How much house can you buy for $1.5 million? Depending on where you look, it might not be very much.

Despite global economic concerns, the credit squeeze, and rising commodity prices, properties in the world's most expensive neighborhoods are still commanding ferocious premiums. While $1.5 million in Cleveland or Tampa would probably purchase a substantial house, with four bedrooms, a multicar garage, and maybe even such amenities as a swimming pool and media room, in London's Belgravia or on Manhattan's Fifth Avenue, it would buy you little more than a glorified shoebox.

Using data from London-based real estate group Knight Frank, BusinessWeek.com identified the 20 most expensive markets in the world and what you can buy in those cities' prime areas with $1.5 million. In London, where at $6,191 the average price per square foot is the highest in the world, your $1.5 million would buy only a small studio in the smartest parts of town. In Venice, on the other hand, despite limited building space, your money goes a bit further, getting you a two-bedroom apartment or more near the Grand Canal. (Of course, in less illustrious neighborhoods, your money goes further still.) 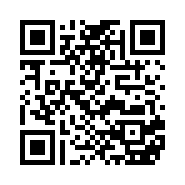