Experienced travelers know that setbacks can often be opportunities in disguise. Too rainy to hit the botanical gardens? You might discover a new favorite indoor café. Missed the train to your next stop? Extend your stay and check out that exhibit you didn't have time for. And currently, the unfavorable euro-dollar exchange rate provides a truly exciting opportunity: a chance to explore some remote corners of the map that might have escaped your attention before. These up-and-coming destinations offer many of the attractions of an Old-World European vacation at refreshingly reasonable prices.

If You Love: History

Instead of: Athens | Try: Istanbul

Athens may be the more obvious destination of choice for history buffs, but Istanbul — just across the Aegean — has an equally storied past, and buildings to rival the Acropolis (the breathtaking Hagia Sophia was a finalist in the recent New Seven Wonders of the World contest). For a bit more background, try Elizabeth Kostova's bestselling novel, The Historian, which provides beautiful descriptions of the ancient city.

Sample Savings: You can find a moderate hotel in Athens for about $180/night. Similar accommodations would cost about $120/night in Istanbul.


If You Love: Art

Instead of: Paris | Try: Culver City

For viewing art's heavy hitters, there's no match for the justifiably famous museums of Paris. But, if you want to check out some hot up-and-comers, head towards the burgeoning art scene in Culver City, California. The former "Heart of Screenland" has experienced a recent rebirth, complete with a 4-5 block strip of contemporary art galleries that the New York Times compared to a "nascent Chelsea." For those interested in starting their own collection, it's possible to find original works for $1,000 or less.

Sample Savings: Admission to the Louvre is roughly $12, Musée d'Orsay is $10, and Centre Pompidou is $13.50. The galleries in Culver City are open to the public for free.


If You Love: Food

Instead of: Barcelona | Try: Bangkok

Although Barcelona's avant-garde food scene makes foodies swoon, halfway around the world, traditional Thai food provides a similar sense of novelty and delight to diners. For those not used to the unique flavors of true Thai cuisine, a meal featuring bitter eggplant, sour larb salad, or pungent durian can hold as many surprises as the culinary foams and flavored essences served at El Bulli.

Sample Savings: Dinner for two in Barcelona costs about $100. In Bangkok, expect to pay closer to $15.


If You Love: Shopping

Instead of: Milan | Try: Buenos Aires

The combination of the devalued peso and a slew of traditional artisans and fashion-forward boutiques makes Buenos Aires a true shoppers' paradise. Pick up leather goods, silverware, and antiques for a song. San Telmo is the spot for antiques shopping, while the trendy Palermo Soho district gives its NYC and London counterparts a run for their money.

Sample Savings: A leather jacket in Milan costs at least $250, but you can find one in Buenos Aires for around $100.


If You Love: Architecture

Instead of: Berlin | Try: Prague

Since the fall of the Wall, Berlin has established itself as perhaps the premiere city for modern architecture in Europe. However, this renewed prosperity has also made Germany one of the most expensive destinations in Europe. Penny pinchers should head instead for Prague, where modern masterpieces such as Frank Gehry's famous Dancing House mingle with excellent Baroque, Rococo, and Art Nouveau buildings spanning the past 600 years of architecture.

Sample Savings: A pint of beer costs around $5 in Berlin, compared to $1 for a pint in Prague. 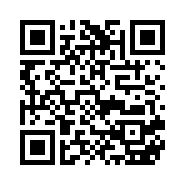